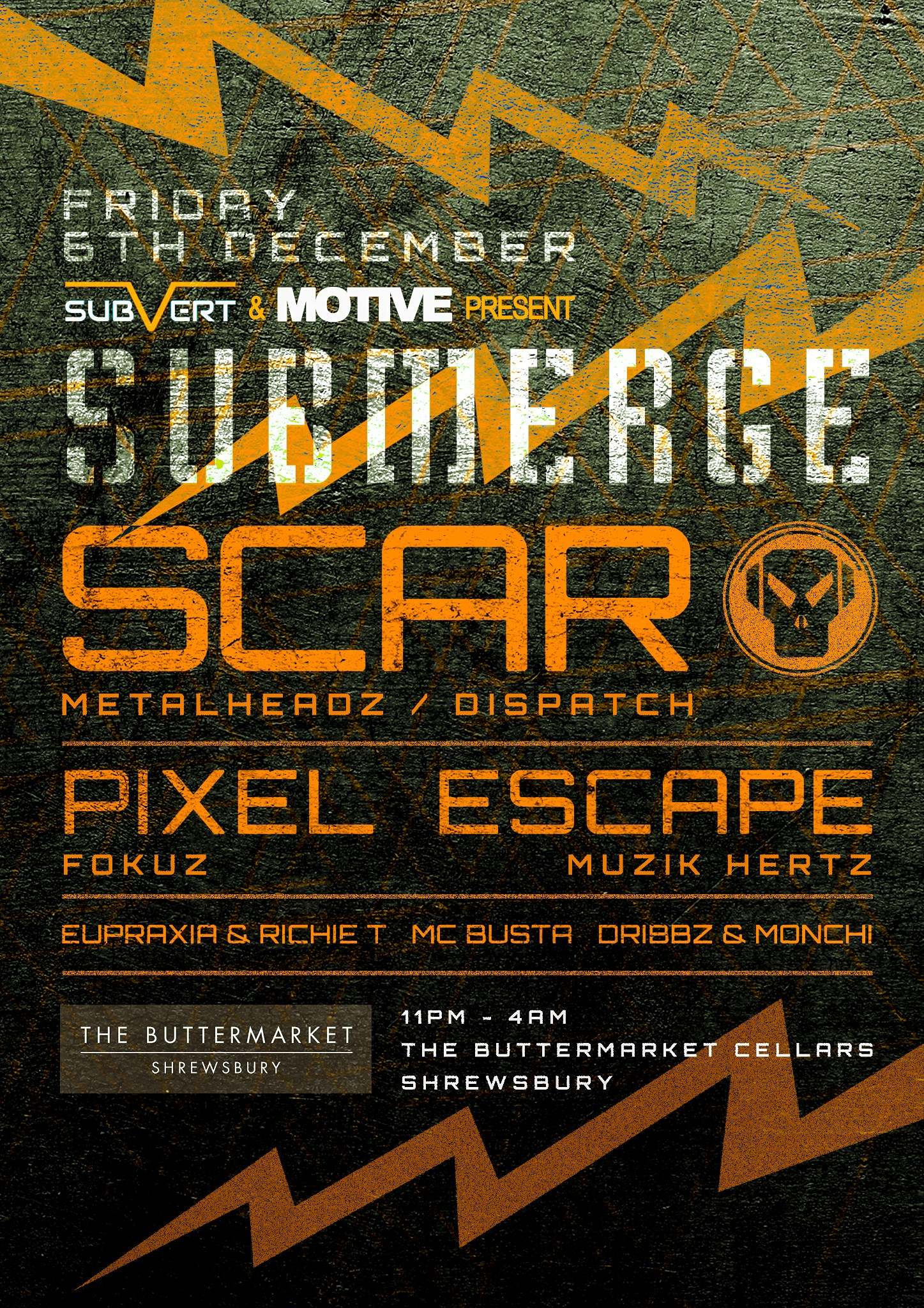 Shrewsbury based Subvert and Oswestry’s Motive are proud to present a joint event this December, Sub:Merge. The two promoters are linking up to bring one of Drum & Bass’ hottest acts to The Buttermarket Cellars… SCAR!

SCAR, made up of Survival & Script, are 2 DJ’s & Producers with a long history of releasing consistently great music across a number of prolific record labels such as Critical, Dispatch & Symmetry.

Over the last 5 years SCAR have had a number of releases on arguably one of Drum & Bass’ most iconic record labels, Metalheadz. With massive EP’s such as 2015’s Caged and more recently Hide in Plain Sight, SCAR have created an instantly recognisable production sound that captures the gritty, raw side of the genre… perfect for The Buttermarket’s 30k Funktion 1 rig!

Escape – Birmingham Drum & Bass heavyweight, Escape has been one of the leading names in the Birmingham scene for over 20 years, running brands like Broken Minds & Muzik Hertz.

Hosting on the night will be one of Birmingham’s most in demand MC’s right now, Busta. Joining him will be Subvert residents Dribbz & Mon-Chi, an MC pairing that never disappoint!