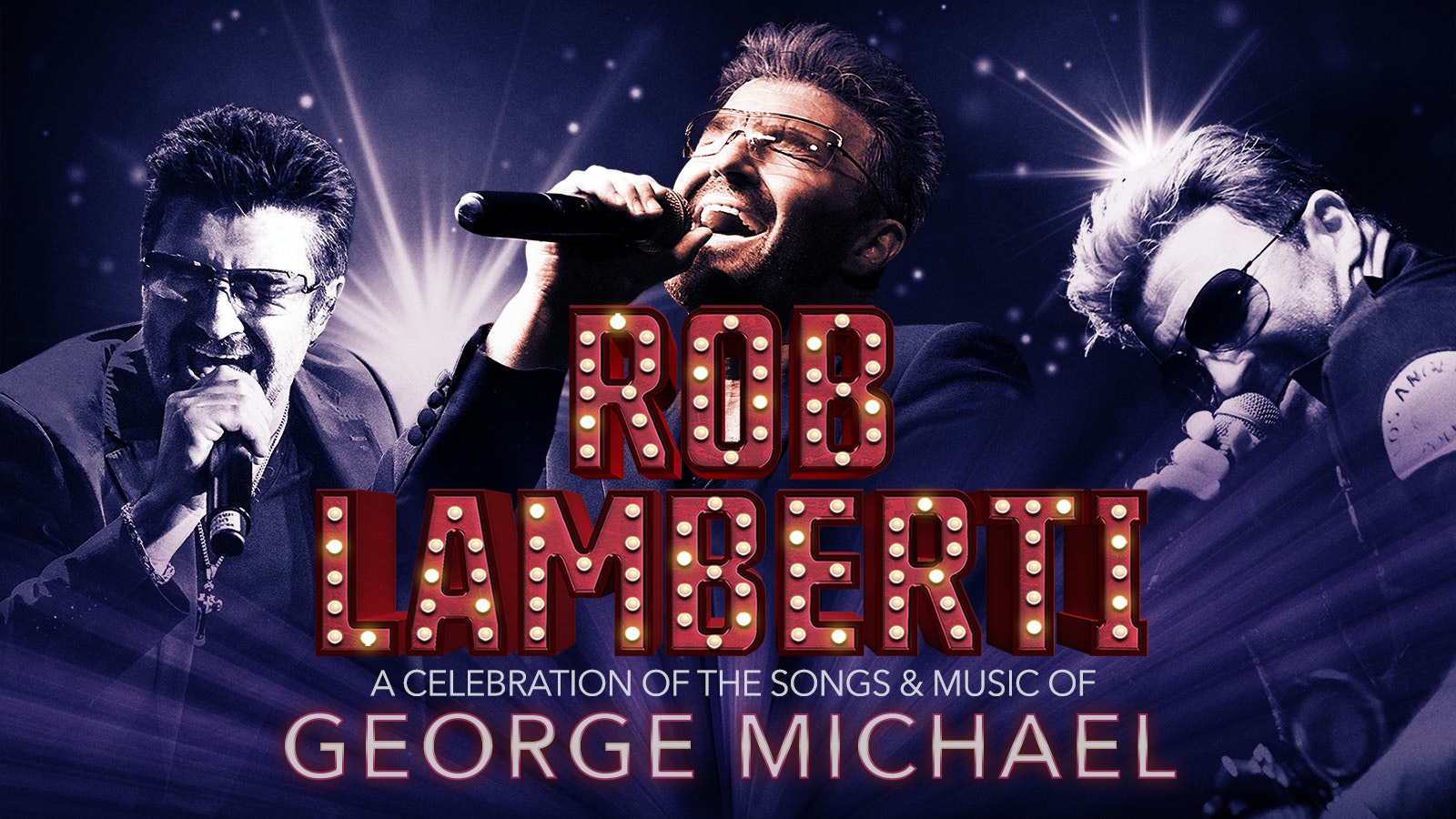 ROB LAMBERTI – Celebrating the Songs and Music of
George Michael

The tribute artist that turns a different corner

Picture the juke box centre stage, that iconic BSA leather jacket and unmistakable sound of Mr George Michael. It was 1987. Rob was 14 years old watching an inspirational performance of ‘Faith’ on Top of the Pops’. Little did he know it would be life changing.

Six years later, Rob appeared on national TV on ‘Stars in Their Eyes’. He made the ‘Live Final’ and soon earned the title of the UK’s number one George Michael tribute artist which transported him onto the international stage.

However, his greatest honour came when he was offered the dream performance of his life – working on behalf of George for Sony Music to promote the album 25 Live. In a 2014 interview, George was asked if he was ever mistaken for being somebody else, his reply quite simply was “I’m often mistaken for being Robert Lamberti, he is a George Michael lookalike”. See Rob’s show and it’s clear why.

No other tribute artist captures George’s musical talent, charisma and passion as closely as Rob Lamberti. With some of George Michael’s personal musicians proudly joining Rob’s band, his performances are guaranteed to hypnotise your senses and do justice to one of the greatest singer-songwriters of our time.